Home » Technology » What Does a Four Decade Old Computer Have in Common with My iPhone?
Leadership | Management | Technology

In August of 1981, International Business Machines (IBM) released the Personal Computer model 5150 – more than 41 years ago! Believe it or not, this 25-pound behemoth (28-pounds with the optional second disk drive) was the first microcomputer from the manufacturer, and it is amazing how many of the original traditions and precedents set for personal computing standards still carry through to this day.

It may not seem like it, but that slab of beautiful, functional glass in your hand (or your pocket) continues to have more in common than you would think with its now distant ancestor. In this article we will explore a little bit of the history behind the development of the PC, and the impact its design and ethos has had for decades since.

Before the 5150 Personal Computer, there was the IBM 5100 Portable Computer. Deeming the machine as “portable” is certainly up for debate: it was larger and heavier than one of those huge bags of Costco dog food, weighing in at a hefty 55 pounds. Still, introduced in 1975, the 5100 was significantly slimmed down from room-sized mainframes IBM sold and serviced during the 1950s and 1960s. The relative success of the Altair 8800 microcomputer kit in 1974 demonstrated enough potential for “Old Blue” (that was IBM’s nickname once upon a time) to produce something smaller still for the as-yet untapped home computing market. But targeted at businesses, and coming in at a cool $20,000 ($110,000 in 2022 dollars) for the 64KB version, the 5100 was going to need to go on an even bigger diet. (Can you imagine getting approval for a $110K machine from your manager these days?) 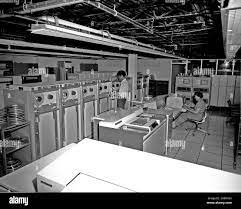 To say that in 1980 IBM felt pressured to put something on store shelves would be an understatement. Competitors such as Apple, Commodore, and Tandy had already established footholds in a multi-billion dollar marketplace, clearly in its earliest growth phases. So desperate was the business machine giant to find its way into consumer living rooms, they actually entertained an offer from Atari to design, manufacture and license hardware for IBM. Imagine the possibilities of that partnership!

Why Was It Successful?

Ultimately, rather than go with Atari, an internal direction was chosen. First, the goal was to build a prototype computer in 30 days, followed by the production and manufacturing of a fully-functional model for storefronts within 12 months. The high-level requirements for IBM were specified by the industry retailers themselves: open architecture, non-proprietary components, and the ability to run standard software (so that stores and customers could repair and upgrade themselves using off-the-shelf parts). This project represented a radical departure from the closed architecture business model IBM was founded on in the early 20th century, and would require a team of over 150 staff to complete within the one-year deadline. 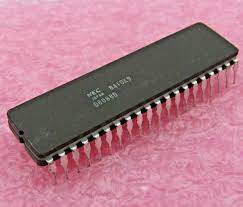 Using Intel 8088 CPU at 5MHz (cheaper and more easily-sourced than the compatible 16-bit Intel 8086), the marvel of the IBM PC 5150 was not exactly its blazing speed or bleeding edge components, but rather its expandability with widely available add-ons. The PC featured up to 12 usable 8-bit expansion slots (five on the motherboard, seven on the expansion chassis) to connect an array of options such as serial or parallel ports, networking, a mouse, or color graphics card. Need a hard drive? More memory? No problem! The PC allowed the user to upgrade their rig to suit the needs of individual applications and workflows, enabling project collaboration in the digital world like never before.

But What Did It Have in Common with Today’s Computers? 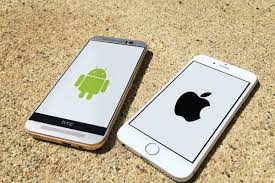 You’re probably asking what this silicon dinosaur really had in common with the lightning-fast marvels used today. After all, the price tag of an IBM PC, with its ability to process a million inputs per second (MIPS), started around $1,600 (or $5,100 in today’s money) at a time when the average household income was under $23,000. The performance of your mobile phone is measured on the tera operations scale (a thousand-thousand multiplier of MIPS) for much less than $1,000 (in today’s money, of course), all in a physical spec that slides into your pocket, weighs under half a pound, and can be used anywhere…quite a contrast to the original PC’s sprawling metal chassis that consumed entire desks.

But as we all learned in childhood, you can’t judge a book by its clunky beige cover, and the success of any good idea goes beyond the constraints of its physical form. As it turned out, IBM’s willingness to listen to their customers and retail partners was the key. In designing a competitively-priced product compatible with those sold by the other brands, they not only put their product (and their company) on the personal computing map with their first offering, but they had established themselves as the 800-pound gorilla in the market, more than doubling Apple Computer’s revenues a mere three years after the PC’s 1981 debut (pricing it 40% less than the Apple Lisa, released two years later, didn’t hurt).

Further, boasting specifications like the Microsoft Disk Operating System (MS DOS) as well as a bevy of 8-bit peripherals and storage support, you might compare the PC’s open architecture approach to the computer ecosystems of today. Today’s international standards (including WiFi, Bluetooth, and PCIe) owe their existence to a key decision made by IBM: to follow the market’s expectation of compatibility, regardless of brand name. Perhaps to the dismay (or pleasant surprise) of IBM’s marketing team, the “PC” moniker is forever the shorthand for an entire universe of computer products, all compatible with that original x86 architecture of yesteryear. 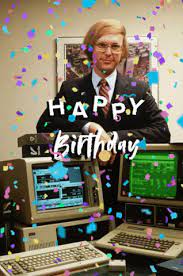 We get it – whether your daily driver is macOS, Windows, Linux, Android, or iOS, your personal machine is an extension of you. It’s the bridge between great ideas and collaborative success. While we all have our preferences (or Settings, or Control Panels), our greatest potential is found when we agree on a method of working together to achieve bigger things. Shared success through achievement of our greater potential is something we at Infracore value within our team, and with our growing roster of clients as well.

The IBM PC was not the first personal computer, but in 1981, it was the first one that focused on making computers personal. Your Android or iPhone is undoubtedly better off for it, and we should all be thankful…so let’s all sing together: Happy Birthday, PC!