Home » Culture » Is It Possible to Find a Place to Belong in the IT Industry? (Spoiler Alert: It Is!)
Culture

I began my IT career in the early 1990’s – a literal lifetime ago for some.  And although my eyesight certainly isn’t what it used to be, I can still see my nascent days in the IT industry very clearly.

I recall performing some contract work for a real estate firm, thinking to myself, “I’ve made it!” as I completed project after project, collecting the largest payouts of my life to that point.  I also remember feeling very much like an expendable worker – someone to be thrown away once my usefulness was no longer needed. I do understand that contract work can occasionally feel that way – one job ends, and you move on to the next one. My transient experience exposed me to the realities of the business: this is how management is, this is how people are treated. I got used to being a replaceable asset in a cutthroat business. 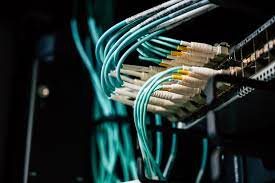 As the 90’s came to a close, the entire industry was preparing for Y2K. I had moved on from contract work to a full time corporate position, and contrary to my early work experiences, I could sense something was different about the company at which I found myself employed.

The “Melissa virus” outbreak of 1999 hit our company while I was out of town, and I had to use my brand new mobile phone to tell our system admins to physically disconnect the ethernet from our mail server to limit the damage. I assumed all would be well when I returned to the office on the ensuing Monday.

My assumptions were off. My team had worked all weekend to recover our systems…unsuccessfully.  Our CTO had come in over the weekend to help, and it was clear that fault lay in my hands. The CTO called me to his office; I was in trouble, and I knew it. Bracing myself for the inevitable, here it came: “Are you ok? I’m worried about you.”

I was taken aback. Maybe the IT industry wasn’t as cutthroat as I thought? He wanted to know if there was something going on with which he could help me. We discussed what I could have done differently, as well as my lacking level of engagement. But the conversation wasn’t about beating me down, or telling me how much I had messed up.  It was about ensuring everything was OK with me first, and then identifying what went wrong. We put together a plan to grow from it, and to ensure I wouldn’t make the same mistake again.

I walked away feeling like a valuable asset – for the first time, I didn’t feel expendable, and someone actually cared about my growth.

My perception of organizational management and leadership was forever altered – in a good way.  This company took care of their people first, understanding that a happy workforce performed much better. The experience changed my management style as well – meetings with my teams included supporting questions, and my teams were tighter and higher performing. Resources were looking out for each other, helping each other when help was needed, and not stepping on each other to promote themselves.

Searching for A Home

Eventually, I moved on from the dot com boom, to different companies and different teams.  For the next 20 years, I grew and learned, but I couldn’t recreate the same sense of belonging I had at the end of the century; even with my attempts, that environment wasn’t as common as I expected. At various companies, I experienced a range of emotions, from mere contentment to pure misery. I wondered if I’d ever find the organizational management I missed, and generally resigned myself to the status quo – being content would have to be good enough. 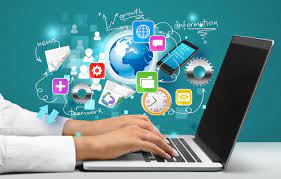 But three years ago, a former colleague reached out to me to see how I was doing. We met for a drink, and the majority of our conversation centered around how happy he was at this new company. They cared about him, he told me. They were investing in his growth, both technically and as a leader. He had a great work-life balance , and wasn’t working 80 hours a week. Now, I was skeptical – I’d heard this story before.

But I was intrigued, and I did my research. It certainly seemed as if this company was as good as my colleague described; I couldn’t find a bad word about them. Using my new reference, I reached out, and was able to meet with the entire executive team at Infracore. Sure, they grilled me on my technical skills, but they also spent time getting to know ME, and I got the sense that they actually cared about their people.

Well…I’ve been with Infracore since then, and I haven’t regretted it once. I’ve had the opportunity to build teams and watch them prosper, all while I’ve been guided, helped, and grown to be a better version of myself. Infracore ensures their employees take mental health days, and their investment in their employees isn’t limited to “Bagel Fridays” (though I love Bagel Fridays) – it’s much more than that. Literally part of the role is taking part in programs to grow leadership skills. The company invests in technical certifications to help ensure their team members stay current with evolving technology. And there’s no question: the company cares about its people (and in related news, *I* care about the people I work with).

In more than 30 years in this industry, I’ve developed a belief that organizational leadership begins at the top. When you have a structure that truly cares about the people first, success is almost guaranteed. In my experience, happy workers are the most productive, and that’s the standard at Infracore: an organization that truly cares about their people, their clients, and the continued growth of both. I’m thrilled to have found an organization at which I truly belong.